> Blog > Cultural > Noodles: a Sing Kee Foods guide to the different types and how to use

Noodles: a Sing Kee Foods guide to the different types and how to use 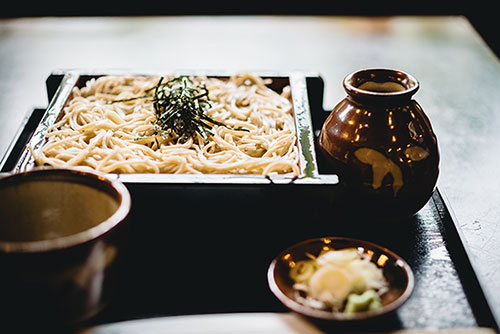 A Sing-Kee Foods guide to noodles and how to use

While it has been proven that Marco Polo’s travels in China never actually led to the invention of pasta on his return to Italy, this Mediterranean foodstuff still has much in common with noodles, due to their types and uses, reflecting differences in regional cuisine, as well as ingredients, shape and how they are made. As the noodle craze continues to grow here in the UK, we thought it was about time to present the Sing Kee Foods guide to these versatile Asian ingredients and how to use them.

Made from unleavened dough which is rolled flat and cut, stretched or extruded into long strips. noodles are a staple of Chinese, Japanese, Vietnamese and Thai cuisine, as well as being highly popular in the West.

One of the earliest written records of their use comes from China in a book dating back to the Eastern Han period, which ran from 25 to 220 CE. However, in 2005, a team of Chinese archaeologists uncovered an earthenware bowl that contained the 4,000-year-old remains of a noodle dish.

Best eaten fresh after boiling in water, with cooking oil or salt added, noodles can be pan-fried or deep-fried or added to stock along with fresh vegetables and herbs as well as meat, seafood or tofu.

Different types and uses of noodles

Chow mein, made from wheat flour and egg, is among the most common types of Chinese noodles. After boiling them briefly, they can be added to stir-fry dishes or covered in sauce, such as spiced minced beef or egg and tomato.

Although a famous variety of Japanese egg noodles, ramen was actually invented in China. Wheat flour provides chewiness while egg lends it a rich yellow colour. It is best slurped in soup-based dishes with pork, chicken or seafood, along with various kinds of vegetables and other toppings, such as a runny egg split into two.

Japanese soba noodles are made from buckwheat, meaning they have nutty flavour while being full of protein and fibre. They are often served in a cold broth or on their own with a simple dipping sauce made from dashi, soy sauce and mirin.

Rice noodles, made from rice starch, tend to be thinner than their wheat- and egg-based counterparts. When cooked, they have a soft, slippery and slightly chewy texture. An important ingredient in pad thai and Vietnamese pho, they can also be featured in stir-fry dishes, chilled in salads or deep-fried into crispy nests.

We have the noodles for you

We hope this guide has not only stimulated your taste buds, but also inspired you to create your own noodle classic at home. Visit our website today and check out our stunning selection of fresh and dried noodles, available on their own or with a variety of delicious flavourings. And remember – slurping is definitely allowed!